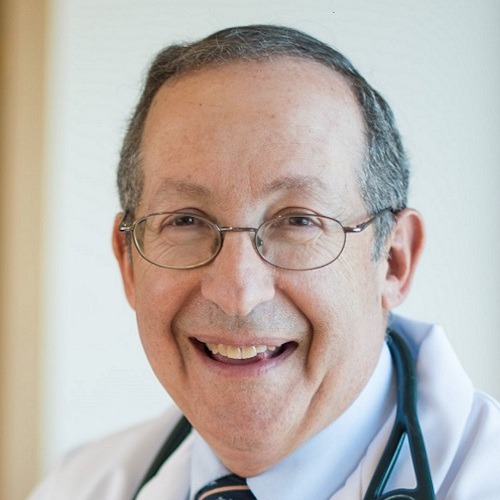 Dr. Lewis First received his B.A., M.D., and M.S. in Epidemiology from Harvard University. He did his residency at Boston Children’s Hospital followed by a fellowship in Ambulatory Pediatrics. In 1994 Dr. First, a general academic pediatrician, left Boston to become Professor and Chairman of the Department of Pediatrics at the University of Vermont Larner College of Medicine and Chief of Pediatrics at the University of Vermont Children’s Hospital, a position he currently continues to hold. From 2003-2008, Dr. First also served as Senior Associate Dean for Medical Education, stepping down from this role in 2009 when he became editor-in chief of the American Academy of Pediatrics (AAP) peer-reviewed journal Pediatrics, a position he also continues to hold today. On a local and national level, Dr. First has won numerous teaching awards including the AAMC’s Robert J. Glazier Distinguished Teacher Award (2002), AAP’s National Medical Education Award (2007), and the Miller-Sarkin Mentoring Award from the Academic Pediatric Association (2007).  In 2014 he was the recipient of the Joseph W. St. Geme Jr. Leadership Award from the Federation of Pediatric Organizations, and in 2017 Dr. First was the recipient of the George V. Kidder Outstanding Faculty Award from the University of Vermont Alumni Association–awarded for excellence in teaching and advising and for the ability to inspire students and have a lasting influence on their lives, the first medical school faculty member to earn this university-wide honor. In 2019 Dr. First was named Chair Emeritus and Honorary Member for Life of the National Board of Medical Examiners.  He has authored several dozen peer reviewed publications and co-edited five textbooks.  In addition, Dr. First offers medical advice to parents entitled “First with Kids” on weekly radio and television news segments, as well as in multiple community newspapers throughout Vermont.