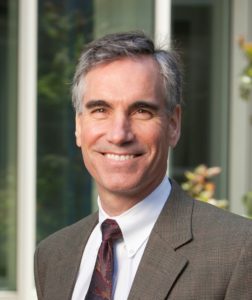 The Federation of Pediatric Organizations (FOPO) is delighted announce that Joseph W. St. Geme, III has been selected as the 2020 recipient of the Joseph W. St. Geme, Jr. Leadership Award, named in honor of his father, who died prematurely in 1986.  Dr. St. Geme will receive the award during the 2021 Opening General Session of the Pediatric Academic Societies Meeting in Vancouver, BC.

The Joseph W. St. Geme, Jr. Leadership Award was created in 1988 in honor of Joseph W. St. Geme, Jr. to recognize a pediatrician who is a role model for others to emulate as a clinician, an educator, and/or an investigator. Recipients of this award have a record of broad and sustained contributions to pediatrics that will have a major impact on child health. Most importantly, the award recognizes individuals who have “created a future” within the field of pediatrics.

Dr. St. Geme is a consummate educator and mentor. He has received teaching and mentoring awards from students, residents, and graduate students and has supported the career development of countless trainees and faculty. He has served as Principal Investigator on NIH training grants for fellows at Washington University, Duke University, and CHOP for more than 20 years and on NIH institutional career development awards for early-stage faculty at Duke and CHOP for nearly 15 years. He has been a member of the selection committee for the Pediatric Scientist Development Program for over a decade, helping to select and mentor numerous pediatric fellows for careers as physician-scientists. He helped to establish the St. Jude Children’s Research Hospital-Pediatric Infectious Diseases Society Research Conference, which includes a major emphasis on the career development of physician-scientists in pediatric infectious diseases. He is also Co-Chief Editor of Nelson Textbook of Pediatrics, the highly regarded textbook that serves as a reference for pediatricians worldwide.

Dr. St. Geme is an internationally renowned scientist who studies the molecular and cellular determinents of bacterial pathogenicity, with a focus on Haemophilus influenzae and Kingella kingae, two model mucosal pathogens that are common causes of pediatric disease. His research group has made fundamental discoveries that have advanced understanding of bacterial adherence, protein secretion pathways, polysaccharide synthesis pathways, virulence regulation, and evasion of innate immunity, with impact on development of molecular diagnostics, new vaccines, and novel antimicrobials. In recognition of his scientific accomplishments, he received the Infectious Diseases Society of America/Lederle Praxis Biologics Young Investigator Award in Bacterial Vaccine Development, the Pediatric Infectious Diseases Society Young Investigator Award, the Infectious Diseases Society of America Squibb Award, and the American Heart Association Established Investigator Award, among others. In addition, he has been elected to the American Society for Clinical Investigation, the Association of American Physicians, the American Association for the Advancement of Science, the American Academy of Microbiology, the Henry Kunkel Society, and the Institute of Medicine (now the National Academy of Medicine, in the National Academies of Sciences, Engineering, and Medicine).

Dr. St. Geme has created a future for pediatrics through his own contributions to child health and also by passionately working to promote the success of others at both the institutional level and the national level, with particular focus on trainees and early career pediatricians, pediatrician-scientists, and PhD scientists pursuing child health research.