McLean, VA – Pediatrician Dr. Fernando Mendoza, MD, MPH, is named the 2022 recipient of the Joseph W. St. Geme, Jr. Leadership Award by the Federation of Pediatric Organizations (FOPO). Dr. Mendoza is an inspirational leader, tireless advocate for our most underserved pediatric populations, and pioneering researcher focused on immigrant health and policy. His greatest legacy may be his impact on diversity in medical education, with special attention on the pipeline for underrepresented minorities.

The Federation is comprised of seven pediatric organizations, representing every pediatrician in the country and the recipient is honored at the Pediatric Academic Societies (PAS) Meeting’s Opening General Session scheduled for Friday, April 22, 2022 in Denver, CO.
The award was created in 1988 to honor the life, work, and memory of Dr. Joseph W. St. Geme, Jr. and to memorialize his many contributions to and his aspirations for pediatrics. The recipient is recognized as being a pediatrician who is perceived as a role model for others to emulate as a clinician, an educator and/or an investigator. The recipient is a distinguished leader who has “created a future” for pediatrics and for children.

Dr. Mendoza is a Professor of Pediatrics (Emeritus), the former Chief of the Division of General Pediatrics, the Associate Dean of Minority Advising and Programs (Emeritus) at Stanford University and the PI of the Stanford School of Medicine’s Center of Excellence for Diversity in Medical Education. He is a graduate of San Jose State University and entered Stanford Medical School as an affirmative-action student in 1971, graduating in 1975. He did his pediatric training at Stanford Hospital followed by an MPH at Harvard’s School of Public Health. He returned for a fellowship in academic general pediatrics at Stanford and joined the Stanford pediatric faculty in 1981. At present 50% of US children are either Latino, African American, Native American, or Asian American. Furthermore, children in immigrant families represent 25% of all children and are the fastest growing child population in our country. Therefore, workforce diversity is vitally important to prepare academic pediatrics to meet the needs of our country’s children. Dr. Mendoza’s is truly a role model for others to emulate as a clinician, educator, advocate, and investigator.

Dr. Mendoza was appointed Assistant Dean of Student Affairs at Stanford Medicine in 1983. Shortly thereafter he created the Early Matriculation Program that targeted underrepresented minority medical students to pursue careers in academic medicine. At a time when summer programs for minority students largely meant remedial programs, Dr. Mendoza championed and established a summer program that promoted research, leadership, and transition to medical school. This program produced a number of minority senior faculty across the country. The program continues in its current form as the Leadership in Health Disparities Program, encouraging students into leadership and advocacy positions in medicine. This program is still a vehicle for underrepresented students but, to respond to demand, it is now open to any entering medical student interested in a career to address health inequities in our society. The program includes a summer early matriculation component directed at initiating a successful medical and leadership career, and a two-year leadership seminar series during the school year focused on increasing students’ knowledge of health inequities, the roles of physician leaders, and their leadership challenges.

Dr. Mendoza was appointed Associate Dean of Minority Advising and Programs in 1993 and successfully submitted a federal HRSA grant that established the Stanford School of Medicine’s Center of Excellence for Diversity in Medical Education. The grant was designed to change the institution through the promotion of diversity, curriculum development, and research. This early diversity grant remains today as the core program in the Center of Excellence, which serves to increase the number of underrepresented minority leaders in academic and clinical medicine, and to expand Stanford’s capacity to offer information, research, and training on minority healthcare issues. In his role as PI, Dr. Mendoza has secured a series of HRSA grants over a nearly 30-year interval, culminating in a $3.5M grant in 2017 that will fund the program through 2022. Based on this mission, the Center’s major programmatic areas include student and faculty recruitment and development, information and research on minority health issues, and preclinical and clinical curriculum development. For his work in diversity, he has received the AAMC GSA-Minority Affairs Service Award, and Stanford’s JE Wallace Sterling “Muleshoe” Alumni Lifetime Achievement Award, the Stanford University President’s Award for Excellence through Diversity, and the Dr. Augustus A. White Faculty Professionalism Award.

Dr. Mendoza is the inspiration for the Stanford Clinical Opportunity for Residency Experience (SCORE) Program. This program brings 4th year medical students from diverse backgrounds to Stanford for a residential training program. Every year, Dr. Mendoza welcomes the visiting SCORE students into his home for dinner as they are considering Stanford for residency. Stanford is honored to include multiple SCORE alumni on the faculty in the Department of Pediatrics. In 2019, the Stanford Department of Pediatrics named its annual Diversity, Respect and Inclusion are Vital for Excellence (DRIVE) Award after Dr. Mendoza.

As further evidence of his impact at Stanford and beyond, Dr. Mendoza’s mentees established a novel Graduate Medical Education Leadership Education in Advancing Diversity (LEAD) Program within the Department of Pediatrics. This program was subsequently expanded across all clinical departments and was awarded the Stanford University 2020 President’s Award for Excellence through Diversity. The impact of this innovative, feasible GME-wide model to improve resident and fellow self-efficacy and behaviors in DEI scholarship and leadership was reported in a manuscript this year (J Graduate Medical Education, 2021).

Turning to his leadership of national pediatric programs, Dr. Mendoza is the Co-Director of the Academic Pediatric Association’s Research in Academic Pediatrics Initiative on Diversity (RAPID). RAPID is funded by the NIH and targets young scholars (residents, fellows, and junior faculty) who identify as underrepresented in medicine, disabled, or from a socially, culturally, economically, or educationally disadvantaged background, and who are committed to a career in academic pediatrics. RAPID generated the first published practical guide on keys to academic success for underrepresented minorities (International J of Equity and Health, 2019) and was associated with career advancement and increased professional society diversity (Academic Medicine, 2021). In RAPID’s first year, URM American Pediatric Association membership increased 43%. This program serves as a national model for enhancing under-represented minorities career development and diversity of leadership.
Dr. Mendoza’s national leadership roles also include service as Co-Chair of the American Pediatric Society Committee on Diversity and Inclusion, and Co-Chair of the Federation of Pediatric Organizations Working Group on Diversity and Inclusion which produced the first national survey of pediatric department efforts in diversity and inclusion (Mendoza, et al. Pediatrics 2015). The survey assessed plans for diversity, targeted groups, departmental diversity, diversity measures, perceived success in diversity, and presence and type of cultural competency training. The results demonstrated the inadequacies of existing pipeline programs and provided suggestions for workforce and education policies. Dr. Mendoza was also a member on the American Academy of Pediatrics Task Force on Addressing Bias and Discrimination, and the Institute of Medicine National Research Council Committee on the Health and Adjustment of Immigrant Children and Families. He recently completed a term on the National Advisory Council for the National Institute on Minority Health and Health Disparities.
As a leader in health disparities, Dr. Mendoza helped establish two Federally Qualified Health Center community clinics in California. He was a founding member of the Hispanic Servicing Health Professions School and then served as its President. He helped establish this organization’s national efforts to increase the number of Hispanics in the health professions with a focus on faculty development. The organizations in 2019 included 25 schools of medicine, nursing, public health, and pharmacy and continued its effort to improve the numbers of Hispanics in the health professions. He has received regional and national recognition for his work from the California Latino Medical Association, National Hispanic Medical Association, Association of American Medical Colleges, Hispanic Business Magazine, the Centers for Disease Control, and the National Latino Medical Student Association.

Dr. Mendoza is internationally renowned for his distinguished scholarship on health care access, utilization, and disease prevalence among Latino and immigrant children. His current interests are in health care access for children of undocumented parents, and the health impact of parental separation on children in immigrant families. He is an exceptionally accomplished educator, advocate, and scientist whose research and advocacy has improved the lives of countless children and their families, inspired generations of pediatricians and shaped the future of pediatrics.  2022StGemePress Release-Mendoza 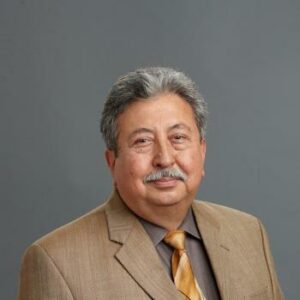